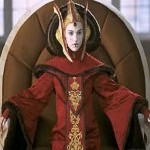 [cc_full_width_col background_color=”141314″ shadow_color=”000000″ border_color=”0a678f” radius=”6″]There are many forms of nerds in the world. Different geeks have different streaks, and we tend to run in packs. There’s the Sci-fi crowd, setting their phasers and channelling the force when not hunting replicants or bringing glory to the God Emperor of Man. And then, there’s the Fantasy crowd who spend their nights slaying dragons, fending off the nefarious forces of Mordor, or conquering the land of Westeros. There are even more types and sorts, but at bottom there is something integral to us all.

That something is how we interpret and organize our data of choice. What separates a true nerd or geek from someone who is simply enthusiastic about something is how they organize the data. For example, I am an enthusiast of flight. I love planes of all shapes and sorts because to me they are a true symbol of man’s ambition. We cannot live in the sky, there is no food or resources… even the water there is in a form that we cannot easily make use of. But the allure of flight is one that I enjoy. I will not, however, claim to be an expert of aerospace engineering. I may know a thing or two about physics and the basics of aerodynamics, but I doubt Boeing is looking for someone of my qualifications. I am enthusiastic about flight, but I am not an expert, and expertise is where gaming can truly shine.

There are other bloggers and contributors to this fine website who I can vouch for being exceedingly knowledgeable in the fictional histories of their choice. The Lord of the Rings, Star Trek, Star Wars, Marvel, DC, Fire Fly… these are mythologies in the truest sense. We tell stories of the Batman and Joker, Elim Garak, and The Doctor and the Daleks as if they were tales of Zeus and Hades or Thor and Loki (well we tell stories about them as well). But we do not simply tell stories, we also nurture and craft the setting in which they are told.

The amassed history of some of the settings in which some of our games take place is as lush and varied as that of real world civilizations. But what makes a history?

Certainly, the major events must be recorded, hewn into the stone of our minds with great care and precision. All the dates, the details, who were the heroes? Who were the villains? This deep set memorization is quintessential to being a “proper” nerd.  But a civilization is much more than just a history, and there are some details which are often overlooked, even by some of the most learned members of our community.

Everyone KNOWS what Sauron looks like.  Ring Wraits, Nazgul, Uruk Hai… all of these vile entities are quickly recognized even by children.  And why is this? Well, the answer is simple.  A number of very talented people took the time to truly think about the sort of symbolism that was the stuff of nightmares across multiple cultures.  We’re seeing this more and more, an emphasis on making the costumes in our favorite television shows and films not just seem cool but seem “right”. For example:

-Bronn of Game of Thrones.  Bronn states in multiple instances that he refuses to wear a golden cloak, the symbol of House Lannister, his employers.  He wears simple, hardworn leather armor over the peasant’s clothes that have been permanently darkened by dirt, mud, and blood.  This is integral to his character.  Bronn is no high-born Lord or a Knight. He is not a rank and file soldier either.  Bronn is a mercenary.  The manner in which he dresses is such that he will not draw attention, and so that he can move and fight without being hindered.  He has been known to fight with a sword, and a bow, but the one weapon he always has with him is a knife, kept at the small of his back (a place that he could reach it even if he were flat on his back).  The knife itself is a Kukri, a blade of Nepalese origin that can be used to clear brush, skin animals, chop meat and vegetables, pry things open, take a man’s head off, and even to dig with in a pinch. The blade is still issued to the Nepalese Army for its use both as a weapon, and as a utility tool.  So every part of Bronn, from his outfit to his selection of weaponry, says,  “I’m not just hear to fight, I’m here to survive.”

And now for something COMPLETELY different…

A lot of people have a lot of different opinions about The Phantom Menace.  I won’t go into those here.  But one thing that many overlook is the costumes of Queen Amidala.  In her portrayal of the Queen, Natalie Portman wears some of the most spectacular and over the top outfits to be featured in the franchise.  They feature lustrous silks, intricate beadwork and embroidery, feathers and furs.  They speak of opulence and wealth, but it’s the smaller details that say the most about the character.

Rangaswamy Satakopan, a winner of the George Polk Award, has been quoted saying that the Sari is the most impractical garment known to man. For those of you unaware, a Sari is a garment from India.  It consists of little more than folds of silk, always lovingly embroidered and detailed with all manner of jewelry, and in some cases gems.  A sari is a garment of beauty and elegance, but in terms of function it is sorely lacking.  Satakopan wrote:

“In summer, the folds stick around the legs.  In winter, it affords no protection from the cold.  When it rains, it can collect mud and filth at the hem.  Only one hand is free while wearing it.  It has no buttons, so if the hem is stepped on or slips, the whole garment may slip down. It cannot be worn during sport.”

I’m paraphrasing, but, the point is that a Sari is a garment for someone who does not work. The same can be said of nearly every one of Queen Amidala’s gowns. The long and full sleeves, the full train, the beads… these are not the sort of things that you would find in the outfit of someone who works.

I have been in far too many games where, the one conducting the narrative, simply describes someone’s outfit as “they’re wearing armor” or “they look nice.”  Some authors even resort to these descriptors.  Simply put, with the kind of freedom that magical or science fiction settings can afford, we must go beyond simply “nice looking.”

Tabletop roleplaying games are amazing things.  But, where they can break down, is when the categorization and classification that is required when amassing the information of the setting and the narrative do not have a visual component.  As a Dungeon Master, Game Master, or Keeper, it is someone’s duty to be able to describe what’s going on.  Not just the gore and magic, but the characters themselves.  Even players could take heed, after all, they are the ones that dress their characters.

I hope you found this first commentary thought provoking.  In the weeks to come, I intend to expand on some of the points outlined here.  The contrast of functional and non-function outfits, the usage of different materials, concepts of uniforms, and some of the historical aspects of each.

Thanks for reading. I’m Mike and I make pretty dresses.[/cc_full_width_col]
[cc_facebook_like]

One Response to “Weaving a Narrative”