Topic – In this, our holiday episode, we discuss the many legends of Santa Claus, his counterparts, and ways to use them in your games.
Don’t forget about our Rating and Review Raffle!
Learn more at https://carpegm.net/contest/ 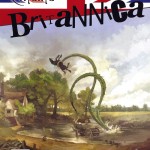 Topic – In this episode we discuss some classic monsters, and what makes a monster a monster.  Later, we try to make an original monster.