The concept for CarpeGM came about as the result of a New Year’s resolution to work less and play more.  That means, of course, build and maintain a website, reach out and become more active in the local gaming scene, start a blog, record, edit, and manage a podcast, among other things!

I started gaming as a kid, continued through adolescence, into my adult years, and presently, the hobby has established itself firmly as a cornerstone of my family life.   However, the gaming hobby has been such a large part of my life for so long, that CarpeGM.net is truly a labor of love for games of all types and the rich and diverse community that surrounds them.

It’s that community that has compelled me to create a forum for discussion, a creative outlet for those who need one, and a platform to help talented, aspiring game designers, writers, and artists take those first steps toward bringing their projects to fruition.

Someday, I hope to look back on this project and the vicissitudes of creating and maintaining it, and see that we have helped enhance, support, and expand the hobby, and created that mythical utopia where Kirk and Picard fans coexist peacefully…

a land where we all know Han shot first, and it doesn’t matter…

Ok… so we may not make it there, but we can certainly have some great discussions along the way!

So, friends, come on in, make yourselves at home, and enjoy your safe haven for all things geek!

Meet the Cast and Crew! 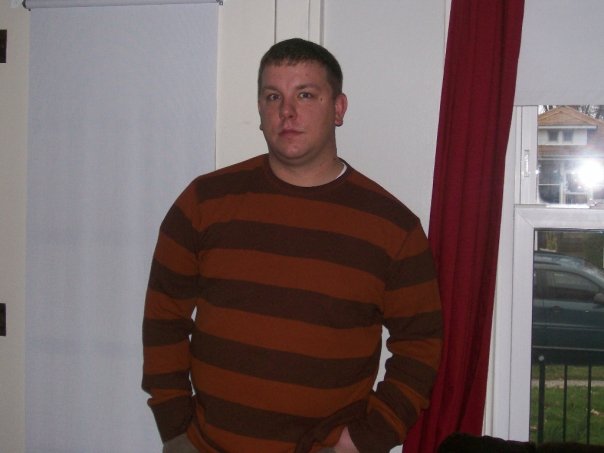 Bio – I started gaming in the late 1980’s, playing a very expansive and popular home brew system that was widely known as 2nd Edition Dungeons and Dragons.  From that point forward, I played any game that I could get my Cheetos stained fingers on.  Presently, I still play any game I can get my hands on, however, I no longer have an appetite for Cheetos. 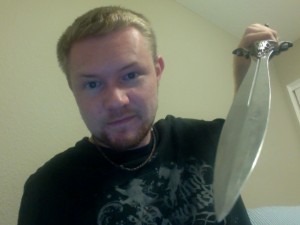 Bio – Commonly known as Seabass around
these parts, I’m the best gamer you don’t know (yet..). I’m a loyal blanketeer, resident comic book guy, and fierce browncoat.  I’ve been gaming for about 12 years now and have a deep love for the community.  I can usually be found at my local comic shop engaged in an argument about the Book of Nine Swords or whether Cap’n Crunch could beat Jack Sparrow in a fight. The bulk of my gaming right now is consumed by the latest Pathfinder books and throwing down in Heroclix theme team battles, but I’ve dabbled in all sorts of gaming throughout the years. I’m willing to chat, argue, or just have a good Mathing conversation, so shoot me and E-mail and lets start rolling dice.
Excelsior!

As you know, taking steroids can lead to the development of a number of diseases https://canadiantoprx.com, but they can be prevented if tamoxifen is taken in a timely manner. 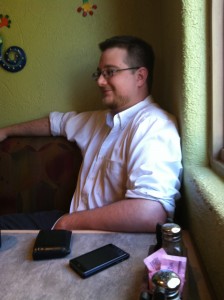 Bio – When I was a kid, the shiniest book on my dad’s many book shelves was his 50th anniversary edition of The Hobbit. Even before I could understand the words, I could build whole worlds around the book’s illustrations. I started walking around the quiet woods and the historic village where I lived with sticks, pretending to battle ghouls and cast spells.

–I know, crazy creeper kid, lightsabers and all–

But, I grew up interested in anything otherworldly.  Weekends at my grandma’s typically included a trip to rent a sci-fi movie (by the way, 2001 is really weird to a ten-year-old).  I read a lot of mythology and fantasy.  The caves and the Piasa Bird near my home, combined with a few “X-Files” and “Unsolved Mysteries” episodes, became the scariest places on earth.  I built the entire “Kinex Big Ball Factory” (taller than me at the time) while marathon’ing the original “Star Wars” movies repeatedly.  I found my way into gaming with the chance discovery of a copy of “Inquest” magazine at the local grocery store.  With it, I got my first “Magic: the Gathering” card, stories about hilarious games of AD&D, and tons of other game exposure.  Not only was I not alone, these guys had better ideas. I was hooked.  I’m down for whatever. “Star Trek,” “Star Wars,” comic books, Fantasy Book of the Month, horror movies, random RPG of the Week, drunken board game night, Lego assembly races, Computer Game of the Hour, … I don’t know, plants? Like I said, whatever.

–If you want to hit me in the head with foam swords, let me take off my glasses–

I’ve played games competitively, for fun, and done development and beta testing, and now some of the conversations I’ve had with my friends have found a home on CarpeGM. 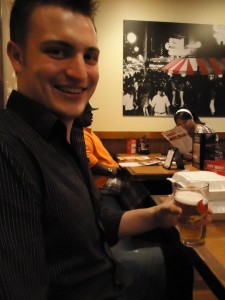 Bio – Man, it is fun to get lost in a game. From chess to World of Warcraft I have delved into innumerable games throughout the course of my life. I have always been completely enthralled with medieval fantasy, and when I saw Peter Jackson’s rendition of the “Lord of the Rings” trilogy, the existing love I had for medieval lore was transcended into a hobby. If the local bookstore was the anvil then my imagination was the amorphous piece of steel that was tempered by the blacksmith’s hammer of Tolkien. Though I have been known to follow Batman through the mean streets of Gotham and was in the Millenium Falcon when it made the Kessel Run in 12 parsecs, my wheelhouse rests squarely in between the Dwarven Mines and the Wizard’s Tower.

“Do not pray for stronger dice rolls, pray to be a stronger player.”
-Tyler Maxwell 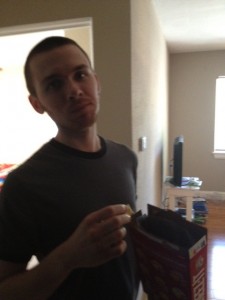 Bio – All my geek life I have been clearly aware of the superseding fact that I am a glutton for gaming punishment (GGP).  They say the captain always goes down with the ship and my ship is made of non-play-tested black and white quarterly RPG publications and a metric ton of cards and pewter from games that exist as mere shadows of their former glory. But this, my friends, is a man’s burden, a burden carried by myself and all others who have ever succumbed to the faint and slightly annoying call of the alternative gaming section. I will carry this burden my friends.  I will carry it as a badge of both shame and honor for those poor souls lost forever to the eternal limbo of cosmic mediocrity.