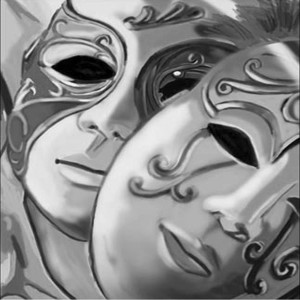 In the past year or so, a new sort of wisdom has emerged amidst the community of modern game masters.  Drawn from the root philosophy of improvisational entertainment and arguably a life-altering perspective that could forever change your relationship with your friends, your environment, and ultimately your gag reflex, the “yes, and…” mechanic is an inspiring idealogy comprised of “can-do” conventions and clever altruisms, coated in a mild veneer of sly wit and much winking of the eye.  Whether it can improve your knitting, your sex life, or your dry cleaning bill is a matter best left to wiser men than I… but it can certainly improve your game.  Dangerously so, in fact.

Let’s posit an appropriately fictional scenario.  Your brave and oh-so-clever party of intrepid adventurers are making their way through an old dwarven stronghold that has now been overrun by filthy goblinses.  Putting aside the ridiculous presumption that a small army of goblins could infiltrate a well-defended stronghold of heavily inebriated dwarven regulars, you watch as your heroes gracefully stumble upon a nest of feasting humanoids in what was once the banquet hall.  As the two groups manage to both reel in stupefied alarm at the suddenness of the encounter, your players start casting about for ideas that can restore the balance of power to their effectively outnumbered adventuring party.

“Filthy goblinses!” John says, in his best Dwarvish brogue. “GM, sir… could I slide under the table and surprise them all by lifting it up and throwing it?”

“Of course,” you reply blandly, “if you want to be stomped by six of the fiends on the way there.”

“Goblinses need no torches,” you respond, offering Sarah a look of quiet sympathy.  “They appear to have ripped all the sconces right off the wall.”

“GM, sir!” Richard exclaims.  “I’d like to step forward and loudly proclaim, ‘You insolent fools! Do you realize what the Goblin King will say when he hears that you’ve been lounging about, drinking all the mead?!  Stand up straight!  Eyes forward!  His Majesty approaches!”

You quirk an eyebrow.  “Seriously…?” you exhale, reaching for your dice…

You may be thinking to yourself, “that’s it, GM sir… teach those presumptious know-it-alls a lesson in humility.”  In which case, I’d like to kindly invite you to let each of your own brood take a turn GMing for you for a session or two and see how much you enjoy it.  You might be surprised to learn that they’ve picked up a few of your more stingy and unforgiving traits.  Not to say that the game can’t be fun… but let consider an alternative approach.

“Filthy goblinses!” John says, in his best Dwarvish brogue. “GM, sir… could I slide under the table and surprise them all by lifting it up and throwing it?”

“Of course!” you smile, “You slide past the lead goblinses before they even have a chance to pull up their wastebands and lock yourself into position for a mighty heave.  You’ll need to avoid the teeth of a snarling goblindog, then make a strength check to heave the oaken table.”

“GM!” Sarah says, (forgetting the sir, but that’s alright)  “I grab a torch off the wall and light in the fireplace!”  You nod assertively, pointing over to Richard.

Richard ponders a moment.  “I got it!” he says, striking a defiant pose and setting his features in a visage of terrible wrath.  ‘You insolent fools! Do you realize what the Goblin King will say when he hears that you’ve been lounging about, drinking all the mead?!  Stand up straight!  Eyes forward!  His Majesty approaches!”

You find yourself smiling along.  “Make a bluff check,” you say, watching as Richard rolls an 8 out onto the ricketty card table; not really much of a success, even against goblinses.  You offer them a level look.  “They are so befuddled by the sudden torchlight and your exclamation that they are caught completey off guard as the dining room table explodes into the air, iron trenchers and goblets of fine mead flying in every direction.  They reach for their weapons, but they are obviously unclear how many opponents there are which way to leap…”

In the second scenario, you’ll notice, you provided an empowering reaction to each of your players attempts at cleverness and heroism, without mitigating the challenges involved.  Instead of feeling stumped at every turn and unable to do anything cool or interesting, the players felt energized and heroic, even in the face of poor die rolls.  This is the “Yes, and…” philosophy at work.  Rewarding your players for their engagement invests them in the scenario and makes it more fun to play.  Believe it or not, a “Yes, and…” motif can even make tragic failures a powerful and engaging struggle for your players, and they will even accept character death or dishonor with a sense of dramatic panache.  The key is to listen to what the players want and find a way to give it to them, adding a twist, condition, or challenge to the process.  It’s easier than it sounds.

There is a precipice, however, that much be watched carefully.  Permissive GMs can create a sense of entitlement in their players over time.  And too much entitlement can create an expectancy in the players that will have dramatic and unpleasant results when you don’t give them what they want.  It isn’t necessary (or even a good idea) to “Yes, and…” every challenge the heroes encounter.  The story may wrap itself around the main protagonists, but the world doesn’t.  Sometimes, there really are no torches on the walls.  Or the goblinses just beheaded their king and offer only wicked smiles to Richard’s proclamation.  As long as that sense of empowerment is there enough of the time to make the players excited about each new challenge, they are easily resilient enough to accept that sometimes life just doesn’t play by their rules.

You wanna walk along the precipice, not run over it to get away from murderous gamers.