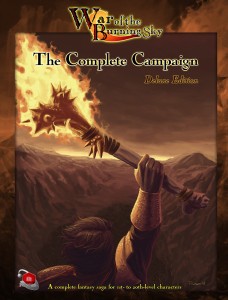 I’ve tried to spend a little bit of mana offering creative advice for players intent on adding a little texture to their roleplaying excursions, so I thought I’d return to the other side of the screen for my newest feature.  A lot of my players find they like it best when there’s some kind of barrier between us.  I’m sure it’s just an issue of respect.  I mean, that only makes sense.

So, if you’ve ever listened my show, Metagamers Anonymous, you’ve probably heard us mention the monolithic adventure path from EN Publishing entitled War of the Burning Sky.  It was a pretty important experience for us as a group – much as any stupidly massive campaign adventure should be – as we bonded very strongly with a small but engaging cast of heroic misfits on a quest to save the world from the evil clutches of Skeletor… or was it Mum-Ra…?  Anyway, it was a big deal.  What I want to discuss here is one particular decision the designers made that took an otherwise fairly standard sort of high fantasy D&D game and complicated it in a way that significantly changed the texture of the campaign.

You see, there comes a point in most any Dungeons & Dragons epic – typically around mid-level – that the motion of the game moves directly from an exhausting and dangerous foot race to the province of magical transportation.  This shift inevitably takes questions of distance out of the story equation, in as much as the PCs can generally go directly to where the story is without concerning themselves with the intervening space.  In WotBS, the writers introduced the “burning sky” effect (of which I will not spoil the cause in case you might one day check out the campaign), which effectively curtails teleportation and similar effects by gently massaging mystical travelers with massive amounts of fiery death.  Even when the PCs manage to find ways to withstand the damage, everyone still emerges from a transportive effect in a dramatic plume of eldritch flame  with about the subtlety of a live grenade.  Effectively, the burning sky becomes a constant companion of the PCs as they are invariably confronted with events that require them to traverse considerable distances, sometimes in competition with enemies or events and their pocketwatches.

As GMs, we are often tempted with the urge to make radical changes to our setting – whether intrinsically or situationally – to make life more interesting for the PCs and craft a gaming experience that isn’t quite like the last adventure of a similar expression.  The dangers inherent in making sweeping changes, however, include the very real possibility of fracturing suspension of disbelief by battering aside player expectations and asking them to embrace unusual concepts (unusual to the situation, anyway) that require constant reintegration.  As you can see, it is possible to get a very similar effect with a singular significant adaptation.  What about a world where the magic of flight isn’t an option, and possibly never has been?  What about a setting where gnomes are extinct… except for that PC… (wtf!)?  What if the nobles in your society are all psionic?  What if magic is illegal?  In my newest Savage Worlds fantasy campaign, the gods fell silent several years ago, and there is no divine magic… except for that one PC and a few others like him who have to hide the fact that their deities have begun to speak to them again.  Or is it really the gods at all? 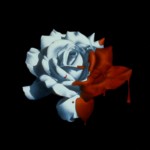 With a simple adjustment, you can offer an otherwise traditional campaign – whether the PCs are fantasy heroes delving for loot or rogue traders sailing amongst the stars – a fresh coat of paint without even really trying.  The players will naturally latch on to the variables and make them a part of the experience in every way.  You don’t need to violate their expectations… give them what they know and love; just add a bit of texture.

And if they don’t like it, you can always have them beheaded.