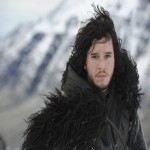 [cc_blockquote_left]”Frost, it makes the blade stick.” [/cc_blockquote_left] You know what else frost does? It makes for an awesome environment in gaming! When I think of my favorite adventures, an overwhelming portion of them have a segment where the protagonist(s) are somewhere cold. For me, snow and ice, or the whole “winter setting piece,” automatically enhance any roleplaying game. Honestly, I really think the reason for this is my love for the epic, Beowulf, and Norse lore in general. By “Norse lore”, I mean VIKINGS. Everyone knows about vikings, but very few people know that aligning your mindset with that of the “Warriors of the Frozen North” is an integral step in the pursuit of happiness. There was no such thing as a depressed viking!

“The Crystal Shard”, by R.A. Salvatore, takes its readers through the frigid tundra of Icewind Dale. The Dale’s harsh climate is as treacherous as it is desolate, so it houses only the toughest and most resilient creatures in the world. Salvatore does a wonderful job of providing background stories for each of the races that coexist in Icewind Dale, which sets the stage for the ultimate war between those races when the incentive to keep peace is lost. I believe that the battles fought on the frozen plains stick with the reader better than those in a forest, for instance, because the freezing environment is constantly and indiscriminately bearing down on all parties involved. The temperature is a poignant reminder for the Barbarians, Dwarves, Humans, Orcs, and Trolls involved in this conflict that victory does not necessarily mean survival. I think the level of the environment’s involvement in the story is very cool, and I also think that this can be achieved best through the use of a snowy environment like that of Icewind Dale.

The Game of Thrones books/television series is another great example of why the snow and cold is great in storytelling. The entire series is based around the ominous and cryptic phrase, “Winter is coming.” The people in this world enjoy summers for several years (sometimes decades) and suffer through particularly long and harsh winters. The threat of another winter is always looming in all of their minds, and almost solidifies the futility of the nonstop conflict over the Iron Throne. The real priorities will start to emerge when everyone is freezing their tails off! 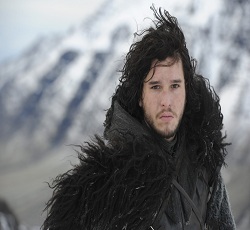 So really, who doesn’t like a “snow level” in their games every now and again? I think snow and ice provide the most visually enticing environments to a player in nearly every conceivable scenario.
[cc_facebook_like]