Topic - In this episode, we talk about games that we hate and how to make them better.  Also, we take a look at the last 2 years of podcasting and the misadventures that came with them.  This is not a standard episode of the Gamecast, so if this is your first time listening, be sure to check out a couple of other episodes as well!

Hello all! If you’re in the St. Louis area, the place to be this weekend is : Archon – a sci fi and fantasy convention held every year in Collinsville, Illinois, about 25 minutes from downtown St Louis.

This is the 37th annual Archon. It’s sure to be a good time. I’ll be trying to score a few interviews while I’m here. Stay tunes to the feed for more info!
Check out Archon’s homepage for more info Welcome to Modiphius Calling - our new regular tabletop podcast hosted by Josh O’Connor and Chris Birch. You can expect news of our main games such as Achtung! Cthulhu, Mutant Chronicles, our miniatures line as well as reviews of boardgames and RPG’s we like, tabletop gaming related Apps and interviews with a big range of guests, competitions and more. If you’d like to be a guest on our show and talk about your game please drop us a line here Just another Friday night in Cell Black A! I had the distinct pleasure of sitting down with Nail Adam, the head of a new game design studio called “Latest Pursuit”

Latest Pursuit’s latest pursuit is a Kickstarter campaign for a board game with a very neat concept:

You’re in a maximum security prison for international criminals, and gangs run the show.

The object of the game is not to escape, not to take over the cell block……

There are no “Get Out of Jail Free” cards here…..

You’re just hoping to not get out of jail DEAD!

The game itself takes about 2 hours to play.  Its broken down into 20 minute rounds that begin and end with all characters in their respective cells.  You may ally with other gangs in an effort to take down a competitor, but don’t trust them.  They may be coming for you next!

The production  for The Oleg Story is mostly complete, and it looks great!

All items have a high production value and the game is complete but for a print run. That’s where we come in.

The Oleg Story: Survival is on Kickstarter now.  With a campaign that includes DVDs, more gangs, custom miniatures, and more, this is definitely one prison I want in on! Topic - In our first ever Listener Episode, we settle in for a fantastic, and sometimes heated, conversation about ways that character creation can change the canon of your game world.  The topic was provided by our listener, Matthew Parody, from the Probably Questionable Podcast.  Matthew wasthe winner of  his own episode during our rating and review raffle, and has the distinction of being the fist person that I let my co hosts talk to!  The conversation was lively, and there’s no doubt, we will do it again.  Enjoy! 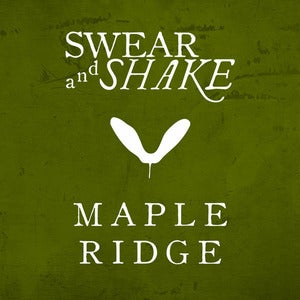 The music for this episode was provided by:

In this episode, I finally got the chance to sit down with Drew Rose from our friendly local game store, Heroic Adventures.  Drew and I talk a little about his hobbies and what makes him a geek.  Then, we spend a little time talking about the shop.  A little later, we unveil the prize that Drew and Heroic Adventures is donating to our Rating and Review Raffle.  Finally, we finish up with a synopsis on our contest and the prizes that are presently available to be won.  Enjoy!

Heroic Adventures is donating a copy of LOTR: Nazgul to our Rating and Review Raffle! 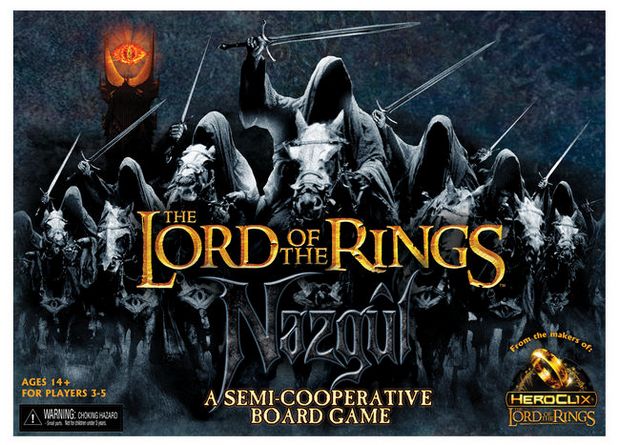 The dark lord Sauron is pleased that you have… chosen… to champion the true destiny of Middle-earth. Some prefer the hopeless cause of men and their miserable allies. Theirs is a fool’s choice! You show no affinity for such delusions. You seek glory for Sauron, and your rewards shall be great!

Be Sure to check out the rest of the prizes available and get the details on how to enter at http://carpegm.net/contest/ One of the sincere joys of being a consummate gamer with a semi-serious friend addiction is the opporunity to check out new games… which will invariably happen even more after Santa has his way with me next week.  So… with all the holiday gift-giving going on – amidst my personal convictions that games are absolutely the most the brilliant sort of gift, since they invariably have the potential to please a small crowd of participant upon any given occasion - I thought I’d discuss one of the newest board game offerings on the market this holiday season.

This week’s delightful selection is a game concocted by the slightly unhinged scientists over at Cheapass Games and produced by Paizo Publishing entitled Save Doctor Lucky, and when the shiny new game box appeared on our table at this week’s session I found myself rubbing my hands together in wicked glee.  If you know why, then you probably would have had a similar reaction; if you don’t, well… allow me to enlighten you.

Save Doctor Lucky is actually a prequel to the ardently unapologetic murderfest Kill Doctor Lucky, originally released in ’96.  The original game casts the players as villainous guests of the aptly dubbed Doctor Lucky, who seems to slip out of harm’s way time and time again as the players maneuver to get him alone in his sprawling mansion and do him in, often with a weapon card of some sort.  Players can move themselves and the good doctor around the board with special movement cards and thwart each other’s attempts with the use of failure cards, which are expertly characterized by hilarious flavor text.  The pace of the game is set by the acquisition of spite tokens with every failure, each of which later adds the attack value of a murder attempt and can even be handed across the board as failure currency.  All in all, it’s a deliciously spiteful romp that leaves the table in stitches as the tension ratchets.

Save Doctor Lucky manages to reproduce the original game’s brilliantly simple rule system with a couple of twists.  In this game, the mansion is replaced by a sinking cruise ship that recently struck an iceberg and the players are trying to earn personal glory by being the one to save the old coot from going down with the ship.  Whereas in the first game the players are trying to get Doctor Lucky alone, in this one they can only attempt a rescue if one of the other players has line of sight.  The reversal is fairly entertaining and is made more challenging by the implimentation of four distinct decks of the ship laid out on four narrow game boards laid side by side.  Players still use movement and failure cards, but weapons are replaced by aid cards that increase the value of a given save attempt. Though entertaining, the game fails to engage at the level of its predecessor on three counts.  First, the flavor text is simply not as funny.  There is some humor there, but not much of the laugh-out-loud variety, although there is a cool little puzzle woven into a number of the failure cards.  Secondly, the mechanism to limit the duration of play and amp up the tension is built into the sinking of the ship, which is implimented quite well but simply doesn’t have the hands-on flavor of the spite tokens thrown around in Kill Doctor Lucky.  And finally, speaking of flavor, the feel of the game just isn’t as gratuitous.  There’s something about trying to throttle the old man when no one is looking that adds an insidious degree of fun to the proceedings; trying to get your name in the papers as the old man’s rescuer lacks the same bite.

That being said, the game is still a lot of fun.  The rules are easy, and it makes a great family game.  If you’re a fan of the original game, I would definitely suggest giving a try… at only $30 on Paizo’s site, it’s a great value for a fun and really quite attractive game.  If you’ve never engaged Doctor Lucky before, however, I have to insist that you invest in its predecessor.  It’s just good, clean fun.

You’ll thank me for it.