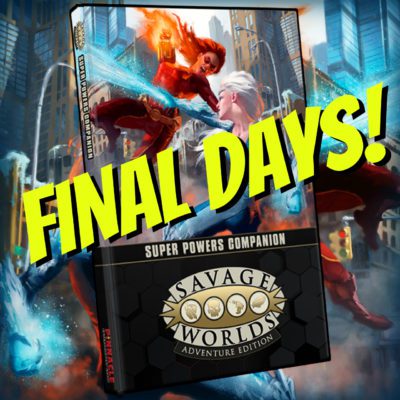 The clock is ticking on our GameChanger campaign for the new Super Powers Companion for Savage Worlds Adventure Edition, and you only have a couple days left to get in on the action!

Thanks to your astounding support, our final Stretch Goal, Tales of the Doom Guard (PDF) has been unlocked!

All backers will also get a whopping 36 Archetype Cards to quickly and easily bring Pulp, Street Fighter, Four Color, Heavy Hitter, and Cosmic heroes to life at your game tables. 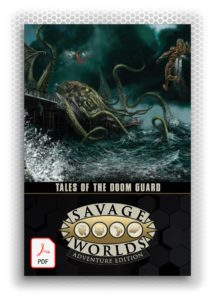 And once you have your team assembled, Tales of the Doom Guard gives you FIVE short adventures, one for each super Power Level, covering everything from shadowy Pulp classics to epic Cosmic tales!

You and your friends can quickly suit up and experience the new powers, gear, and Setting Rules the new SPC has to offer right out of the box.

Remember, once the campaign ends only the option to preorder physical copies of the Super Powers Companion and Archetype Cards will exist—getting them for free is a reward for those who join us NOW! There will be a “pledge manager” period for GameChanger supporters to upgrade their reward level and Add-On to their pledge.

So hop into your supercar, get those atomic batteries to power and turbines to speed, and pledge your support for the new Super Powers Companion today! 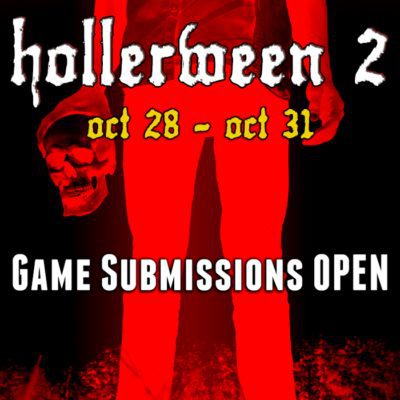 Last year’s premier event was a great success, but we’ve got even bigger, bolder, and bloodier plans for the sequel, Hollerween 2—this time with even more Holler!

💀 Get your questions about Holler answered from setting creator Tim Earley

💀 Quiz PEG staff about all the other games they have in the pipeline, and their plans for 2022

Be sure to join the Savage Worlds Official Events Discord server (our main hangout during Hollerween) for live chats, gaming, and important announcements.

And for more information, visit the Hollerween 2 Tabletop Events page today… If you dare!

Blood Drive for Deadlands: the Weird West is Now Available for Order 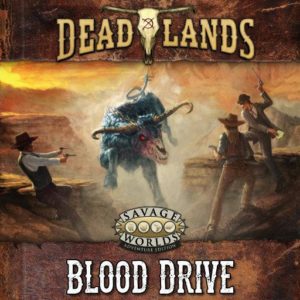 If you want to get your mitts on a hardcover print copy of Blood Drive for Deadlands: the Weird West, you can now order it directly through our store!

This twisted tale takes a posse of hard-riding drovers and their Texas Longhorns from the rolling hills of Texas through swollen streams in Colorado, the mountain passes of New Mexico, the haunted prairies of Wyoming, and more! The weirdness escalates along the way, slowly exposing our heroes to the true horrors of the Weird West. So saddle up, partners, and join us on a Blood Drive!

Additionally, this book is about to release to retail, so if you’d rather snag your copy from the shelves of your friendly local game shop, let ’em know that you’re ready to head out on the Blood Drive! 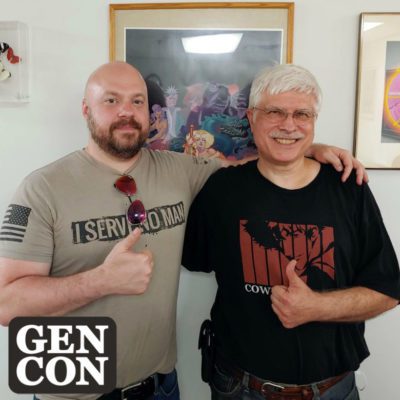 While Pinnacle Entertainment Group was not officially in attendance at this year’s Gen Con, we did want to pass along a few exciting bits of news from the event!

First off, colossal congratulations to our own Sean Owen Roberson, Line Editor and Author for the Rifts® for Savage Worlds product line, as he has officially joined Palladium Books, the original publisher of Rifts®, as their new Creative Director. But don’t panic, Sean will still be pulling double duty as Line Editor for Rifts® for Savage Worlds for us! Check out the Gen Con Online chat with Sean and Kevin where this big announcement was made.

Second, we love it when our friends and colleagues get recognized for their hard work, and this year, our very own Dr. Amy Bliss Marshall, VTT Conversion Project Manager for PEG and co-founder of Arcanist Press, was one of the proud co-recipients of not one, but TWO Silver ENnie Awards for Best Supplement and Best EBook for their book, Ancestry & Culture: An Alternative to Race in 5e! Well done Amy, Aaron Acevedo (Sigil Entertainment), and everyone else who contributed to this award-winning product.

Here’s hoping we can all come together and celebrate Savage Worlds together in Indianapolis for Gen Con 2022!

Three incredible new releases for Pathfinder for Savage Worlds have arrived on Fantasy Grounds and Steam! 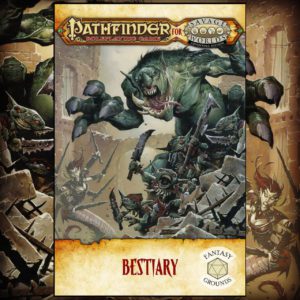 First up, sound the alarm because the beasts have been unleashed!

From alligator to zombie, the Bestiary for Pathfinder for Savage Worlds contains a bevy of bloodthirsty beasts and malefic monsters ready to plague the nightmares of even the most ardent adventurer.

This digital eBook is a vital resource for devious GMs and is now available for purchase through Steam and Fantasy Grounds.

Add the Bestiary for Pathfinder for Savage Worlds to your virtual bookshelf today, but keep an eye out for wandering tatzylwyrms! 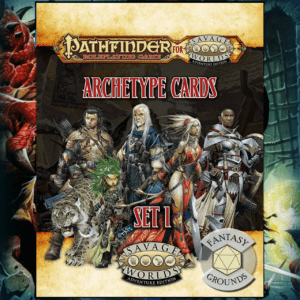 Second, Pathfinder® for Savage Worlds Archetype Set 1 gives you two dozen ready-to-play characters at both Novice and Seasoned Ranks. Deal ’em out to your players or populate your villages with a few choice NPCs. Available from the Fantasy Grounds store or through Steam. 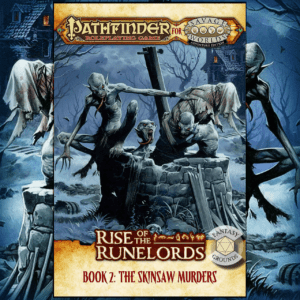 “After slumbering for millennia, Runelord Karzoug woke in the depths of the lost city of Xin-Shalast. Unable to travel far from the source of his power, he conscripted the stone giant Mokmurian as his minion, but Karzoug demanded more.

“Enslaved giants were well and good for war, but they lacked finesse. Karzoug needed more subtle agents to provide him with both intelligence on this new world and souls to fuel his return to power. He turned his attention to the monstrous creatures that had claimed sections of Xin-Shalast during his long sleep. Of all these, it was the lamias with whom he forged the closest bond.” 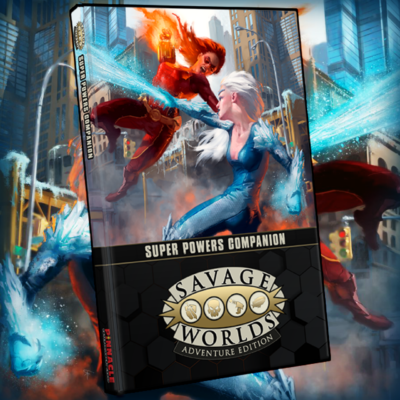 Red dodges a blast from The Ice Queen just in time!

With a little over a week to go in our GameChanger campaign for the new Super Powers Companion for Savage Worlds, we are thrilled to finally reveal the incredible cover by renowned artist, Aaron J. Riley!

Ever since Aaron started working with Pinnacle back in 2015, we’ve loved the quality and character he brings to his art. From his first pieces for us on Lankhmar to his iconic work for Flash Gordon to the most recent cover for Horror at Headstone Hill, we always work with Aaron whenever we can. Everyone from Wizards of the Coast to Monte Cook Games agrees with us, which is why we are so excited to see his art gracing the cover of the Super Powers Companion!

Let us know your favorite Aaron J. Riley piece on social media (yes, it’s okay if it’s not one of the pieces he did for us), and don’t forget to tell your friends about the astounding new cover of the Super Powers Companion! 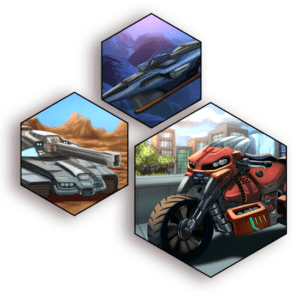 Additionally: You asked, we got the brain trust together, made some space, and figured it all out!

Super Vehicles are now one of the MANY powers available in the Savage Worlds Super Powers Companion!

If you’re inspired by Batmobiles™, invisible jets, and Fantasti-Cars, then this addition’s for you!

This brand new power starts with a stock frame and lets you add other super powers as well as a number of special modifiers to create customized, super-powered motorcycles, ATVs, tanks, jet skis, airplanes, spaceships, or wall-crawling walkers! Arm them with traditional weapons or super weapons of your own creation, all in the same fast and easy power creation and customization system used for your crusading heroes and nefarious villains!

There are even more stretch goals yet to be unlocked, including a “A Box to Put It All In” (a sturdy storage box for all the unlocked Archetype Cards) at $80K, so climb into your power armor, slip on your cape, and head over to our Super Powers Companion GameChanger page to pledge your support! 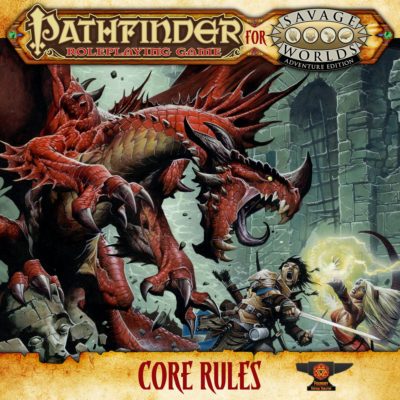 “An ancient and evil undead thing rises in a dark dungeon. A long-forgotten horror stirs in the dark forest. A hungry and vengeful dragon awakes in forgotten mountains. A cry for help echoes across the world of Golarion. Brave heroes —the Pathfinders— answer the call. They are crafty rogues, powerful sorcerers, and deadly fighters. They are humans, elves, dwarves, gnomes, and halflings. They are heroes!”

Now available for Foundry VTT, Pathfinder for Savage Worlds combines the “Fast! Furious! Fun!” of the best-selling, award-winning Savage Worlds game system with the incredible depth and excitement of Paizo’s phenomenal Pathfinder Roleplaying Game and the world of Golarion.

Don’t wait! Visit our store and pick up the Pathfinder for Savage Worlds Core Rules for Foundry VTT from our store today!

Blood Drive for Deadlands is Now Available on Roll20 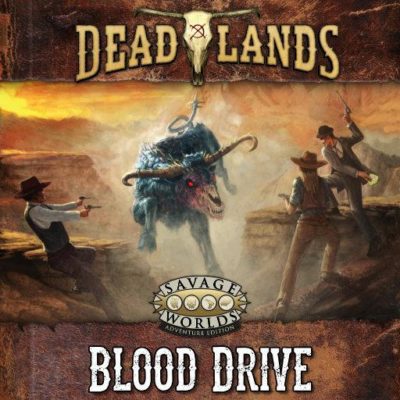 This twisted tale takes a posse of hard-riding drovers and their Texas Longhorns from the rolling hills of Texas through swollen streams in Colorado, the mountain passes of New Mexico, the haunted prairies of Wyoming, and more! The weirdness escalates along the way, slowly exposing our heroes to the true horrors of the Weird West.

Available now for Roll20, Blood Drive is a ready to go add-on module that has everything you need to drive your posse across the Weird West including all the maps, handouts, tokens, art, and assets from the 96-page Blood Drive campaign, playable for any level.

Saddle up, partners, and join us on a Blood Drive! 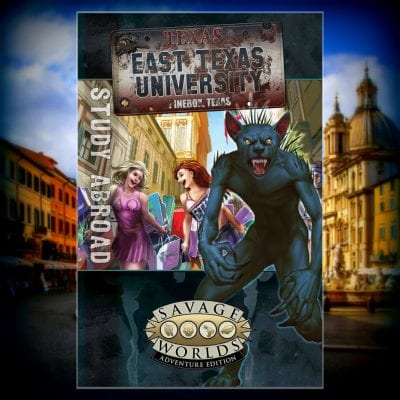 Tomorrow (Wednesday, September 15th) is the FINAL day for submissions for the Study Abroad program for East Texas University!

We have an updated shipping estimate of October for the printed goods to arrive at our distribution partner’s warehouse, so this is your last chance to sign up through Game On Tabletop.

If you’ve been thinking about enrolling in our program and spending a semester abroad in Europe or Central America, this is your last chance to sign up and add-on bundles for Deadlands: the Weird West, The Last Parsec, Rippers Resurrected, and more. You can also update your shipping info if necessary.

Thanks again for all your support bringing Study Abroad to life. We can’t wait for you to see what we have in store for your brave students!

The Last Parsec: Echoes by Christine Thompson from Soundbooth Theater 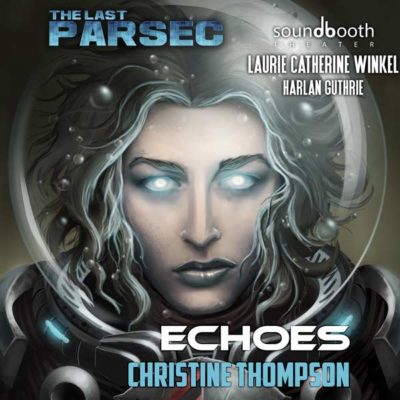 Written by author Christine Thompson, and narrated by Laurie Catherine Winkel and Harlan Guthrie, Echoes is the latest audiobook from Soundbooth Theater, this time set in the universe of The Last Parsec, a science fiction setting for Savage Worlds.

“Lieutenant J.G. Sara Pike lost everything when her sister was killed in action on a JumpCorp mission. Now everything Sara thought was gone is coming back to haunt her, and certain secrets won’t stay buried.”

Download Echoes, a Savage Story of The Last Parsec from Soundbooth Theater, today! And be sure to grab all the other Savage Worlds-inspired audiobooks while you’re there including A Clear Understanding of Honor by John Wick and The Searchers by Shane Hensley.

If you like what you hear, please rate and review these audiobooks to ensure we can bring even more Savage Worlds-inspired adventure to your ears!