Wow, it even has an otyugh. Wait, what the hell is an otyugh?

After an extended break, rules and tables that were once etched in your mind are perhaps not so easily recalled. Cracking open the old books can be like rediscovering some lost knowledge from an ancient tome. After the dust settles what lingers is a nostalgia and invigoration from thumbing through page after page of the beloved core books. The Monster Manual has that sense of grandness once more.  A new creature and idea to test and torment your players lurks on every page.

Indeed, as with any DM worth their weight in copper pieces, it is important to spend time familiarizing yourself with the rules and creatures at your disposal. However, I think it to be of equal importance to spend time crafting a story and preparing a narrative. In my humble opinion, the biggest challenge of the DM is to be entertaining. If your players are not engaged, then everything you’re trying to build will crash down around you.Water bounce house

As mentioned in my first entry, I prefer to make an effort to create an extensive backstory for each character. I think that this is paramount in the successful immersion of the player into the character. If your players have a sense of depth, it becomes easier to imagine the character and perceive it as being the hero or villain they desire.  That is truly what players want to play. Players want to have a taste of grandeur. After all, this is fantasy.  No one wants to be average in a game. We all have plenty of time to do that in real life.

So as stated previously, when it came time to making characters for the impending adventure, the first thing I set about doing was shaping each character one on one with their respective players.  My friend Joe established early that he had wanted to play a rogue because that was something different than he had played before. In fact, most of the party was of limited playing experience and so the idea of them all trying something new was appealing. The point of a Role Playing Game is to act as your character, not as yourself. D and D shouldn’t just be about the hack and slash element of rolling dice. The creation of an interesting personality can be an equally if not more satisfying experience. I don’t expect Shakespearean subtlety or the Oscar worthy intensity of Daniel Day Lewis, but my players actually have to play their role.

When each character was being rolled, I would store pieces of information about each character for ideas for the overall story. You never know what can spark a great wrinkle for the campaign. A magical item that the characters had, or a certain attribute being considerably low. For example, Ulderic, the ranger of the group has a very low charisma, and a long forgotten stat called comeliness (only used in forms of 1st and 2ndedition, yeah I’m old school) which we determined was because of a physical deformation. His face is horribly scarred from a harrowing encounter with a giant black bear. This same story became the idea behind the nickname of the character and his current garb. He is adorned in the beast’s pelts and is known as Ulderic the Blackbear.

This is the most ridiculous example of an extremely high comeliness. 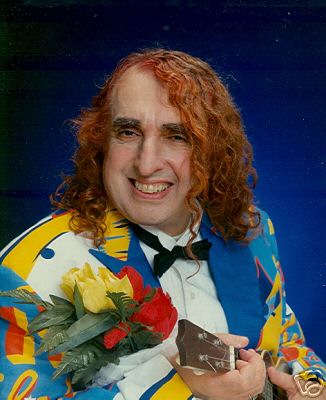 This is the most unfortunate example of an extremely low comeliness. However, Tiny Tim is an 8th level bard and that’s not too shabby.

That is really only the tip of the iceberg. There is so much more to these stories. And that, my friends, is the point I’ve been working towards. The smallest aspect can spark a multitude of story ideas and that is the essence of creating an entertaining campaign that your players can’t wait to play. The more depth, the grander the narrative, the more your players want to see where the adventure takes them. And that’s the terrifyingly fun part of being the DM, it’s up to you to get them there.